Reach Out and Read is On the Air

Engaging conversations with experts in childhood health and literacy.

A podcast centered on the belief that children’s books build better brains, better family relationships, and happier, healthier children and societies. Join us as host Dr. Dipesh Navsaria, a pediatrician with a children’s librarianship degree dives into a wealth of varied early childhood health and literacy topics with expert guests examining the many facets of supporting the parent-child relationship as key to early success.

Research shows reading physical books together brings the strongest benefits to children. That’s why we’re happy to have Boise Paper – a responsible paper manufacturer – sponsor this podcast. Through their Paper with Purpose promise, Boise Paper looks for ways to make a difference in local communities. Thank you to Boise Paper for investing in our Reach Out and Read community.

Reading aloud brings people together, and we thank every person who reads aloud to a child. To mark this holiday devoted to giving thanks, we asked three children’s authors — Traci Sorell, Ann Clare LeZotte, and Dr. Sayantani DasGupta — to read aloud their own stories of gratitude. Click here for complete show transcripts.

Traci Sorell: Cherokee Nation citizen and award-winning author of fiction, nonfiction, short stories and poems for young people. A former federal Indian law attorney and advocate, she lives with her family within her tribe’s reservation in northeastern Oklahoma. You can find out more about her work online at www.tracisorell.com and @tracisorell via Twitter and Instagram.

Ann Clare LeZotte is the author of Show Me a Sign (a 2020 School Library Journal Book of the Year, four starred reviews) and a forthcoming companion novel. A long-time youth services librarian who focused on underserved populations and inclusion, Ann is Deaf, bi-lingual, and bi-cultural. “I never had a romance about being ‘special’ or ‘different,’” she says. “I wished long and hard to be normal, a waste of time and a heartbreak I don’t want other young people to experience.” In her free time, Ann enjoys swimming and walking her dog, Perkins. She lives with her family in Gainesville, Florida.

Sayantani DasGupta is the New York Times bestselling author of the critically acclaimed, Bengali folktale and string theory-inspired Kiranmala and the Kingdom Beyond books, the first of which—The Serpent’s Secret—was a Bank Street Best Book of the Year, a Booklist Best Middle-Grade Novel of the 21st Century, and an EB White Read Aloud Honor Book. Sayantani is a pediatrician by training but now teaches at Columbia University. When she’s not writing or reading, Sayantani spends time watching cooking shows with her trilingual children and protecting her black Labrador retriever Khushi from the many things that scare him, including plastic bags. She is a team member of We Need Diverse Books, and can be found online at sayantanidasgupta.com and on Twitter at @sayantani16

Pulitzer Prize-winning journalist Nicholas Kristof has covered neglected social and economic welfare topics all over the world, but his most recent book, Tightrope: Americans Reaching For Hope is an exploration of poverty in America seen through a very personal lens – the community in which Nick grew up. Strikingly, while many may focus on the importance of support for adults, rehabilitation, and remediation, Nick and his co-author and wife, Sheryl WuDunn, chose to put the focus on something near and dear to the heart of this podcast: the dramatic, deep, and powerful importance of early foundational health.

Nicholas D. Kristof, journalist and a columnist for The New York Times since 2001, is a two-time Pulitzer Prize winner. He has co-authored several books with his wife, Sheryl WuDunn, including A Path Appears, Half the Sky, and their latest collaboration Tightrope: Americans Reaching For Hope.

We are joined by Mark Del Monte, CEO of the American Academy of Pediatrics, and Dr. Nate Chomilo, pediatrician and policy expert from Minnesota to discuss how the world of policy affects the everyday lives of children and families — and the issues to keep in mind as we vote this year.

Mark Del Monte, JD, serves as the CEO/Executive Vice President of the American Academy of Pediatrics (AAP). In this capacity, Mark leads a strong chief executive team for the organization which serves 67,000 pediatricians, pediatric medical subspecialists, and pediatric surgical specialist members. Prior to this role, Mark served as the AAP’s Chief Deputy and Senior Vice President for Advocacy and External Affairs where he directed the organization’s communications, public relations, and advocacy activities. Prior to joining AAP in 2005, Mark served as Director of Policy and Government Affairs for the AIDS Alliance for Children, Youth & Families, a national organization advocating for children and families with HIV/AIDS. Before moving to Washington, DC, Mark worked as a lawyer in his home state of California, providing direct legal services to HIV-positive, low-income children and families. Mark holds a law degree from the University of California (Berkeley) and a bachelor’s degree from Gonzaga University.

Dr. Nathan T. Chomilo is Medical Director for the State of Minnesota’s Medicaid & MinnesotaCare programs and practices as a General Pediatrician and an Internal Medicine Hospitalist with Park Nicollet Health Services/HealthPartners. He is currently the Interim Policy and Advocacy Workgroup Chair for the American Academy of Pediatrics Section on Minority Health Equity and Inclusion. He serves on the boards of the MN chapter of the AAP and Reach Out and Read Minnesota, is an Adjunct Assistant Professor of Pediatrics at the University of Minnesota Medical School and is a co-founder of the organization Minnesota Doctors for Health Equity (MDHEQ). His advocacy work has been recognized by the City of Minneapolis Department of Civil Rights which recognized him as a 2019 History Maker at Home recipient.

It’s easy to think that the way we think about children and parenting is the way it’s always been — the birth of a child is accompanied by the expectation that that baby will grow up happy, healthy, and become an adult. However, a mere century ago, that wasn’t necessarily the case—infant mortality was much, much higher, many children died before adolescence. So what changed? How has the role of parenting transformed? And how have our hopes, dreams, and expectations for children become different?

Dr. Perri Klass, author of the new book A Good Time to Be Born joins us to talk about the social, and medical, events that transformed childhood, and parenting.

Dr. Perri Klass is a pediatrician, author, and writer of “The Checkup”, a weekly column on children’s issues for the New York Times. She is also the world’s only Professor of Journalism and Pediatrics, at New York University. Dr. Klass is the National Medical Director of Reach Out and Read and writes about children and families, medicine, food, travel, and knitting.

Early foundational relationships are the strongest predictor of young children’s long-term success — what happens to kids in those early months and years of life sets the stage for how they relate to others and the world around them, and how those others relate to them.

Dr. David Willis, Developmental-Behavioral pediatrician and Senior Fellow with the Center for the Study of Social Policy, and Claudia Aristy, Director of Children of Bellevue’s Reach Out and Read Program, join us to talk about how families—and the professionals that support them—can create and maintain robust early relational health.

The reality of remote learning is here, and it’s led teachers and families to re-evaluate what school means during COVID-19.  Josh Golin and Seth Evans, from the Campaign for a Commercial Free Childhood, speak to us about their recent policy statement EdTech and Education Policy During the Pandemic and the importance of getting online learning right.

Chelsea Clinton, author, advocate, and vice-chair of the Clinton Foundation joins us to talk about growing up with books, the role of books in her own children’s lives, and the importance of reading programs to support all children and families.

Episode 3 – “What Meaning do Children’s Books Have in a Time of Crisis?”

Children’s books can bring much comfort and insight for children and adults alike.  With all that is happening in our world, we figured that now is a good time to ask: What Meaning do Children’s Books Have in a Time of Crisis? Books represent a familiar, calming activity, almost like an anchor in rough seas.

We’re joined by author of award-winning and internationally acclaimed books including When Lions Roar, Who? and Crash! Boom! Robie Harris, she tackles serious issues while weaving the truth of children into her stories. During times of crisis, she stresses portraying in books the strong, yet perfectly normal feelings children experience! We are also joined by Leonard Marcus, historian and leading writer about children’s books and the people who create them. “The nature of storytelling is that it puts a shape on the chaos of real life,” said Marcus.

As the Flint, Michigan water crisis played out within government and the media, it became readily apparent that a major factor in the crisis was that the communities most affected were largely poor, mostly minorities, and without political power. Dr. Mona Hanna-Attisha, the doctor who uncovered Flint’s water crisis and led its recovery efforts, joins us to talk about disparities and social determinants of health.

We know that books serve as mirrors to children, providing reflections of themselves, as well as windows, letting them see others and their experiences. We know that a broad, diverse range of depictions helps children see that from a young age. However, we also know that the range of diversity in children’s books is nowhere near as rich as it could and should be.

On this special, inaugural episode of the Reach Out & Read Podcast, we’re joined by Dr. Monique Jindal, an internal medicine and pediatrics physician at Johns Hopkins, and Meg Medina, author of the Newbery Medal-winning book Merci Suárez Changes Gears. They’ll be discussing the importance of diversity in children’s literature and lives.

There’s also a special bonus episode with Ashley Lukashevsky, illustrator of Antiracist Baby, who will share her creative process and craft with us in writing and illustrating children’s books with diversity in mind.

To the best of our knowledge, there is only one pediatrician anywhere who got a master’s in library science in the middle of his medical training, all to learn more about children’s literature. That is our host, Dr. Dipesh Navsaria. A practicing pediatrician in Wisconsin, Dr. Navsaria is the Medical Director of ROR Wisconsin, co-chair of the Early Literacy Subcommittee of the American Academy of Pediatrics’ Council on Early Childhood, and many other initiatives involving the psychosocial world of children, their families, and society, from policy to parenting support. An associate professor of pediatrics at the University of Wisconsin School of Medicine and Public Health, he lives in Madison, Wisconsin, with his wife, two children, two cats, a dog, and backyard chickens. He has a deep-seated dependence on wearing bowties, of which he owns far too many…but all of which he can tie without a mirror, in under a minute!

Listen to the trailer 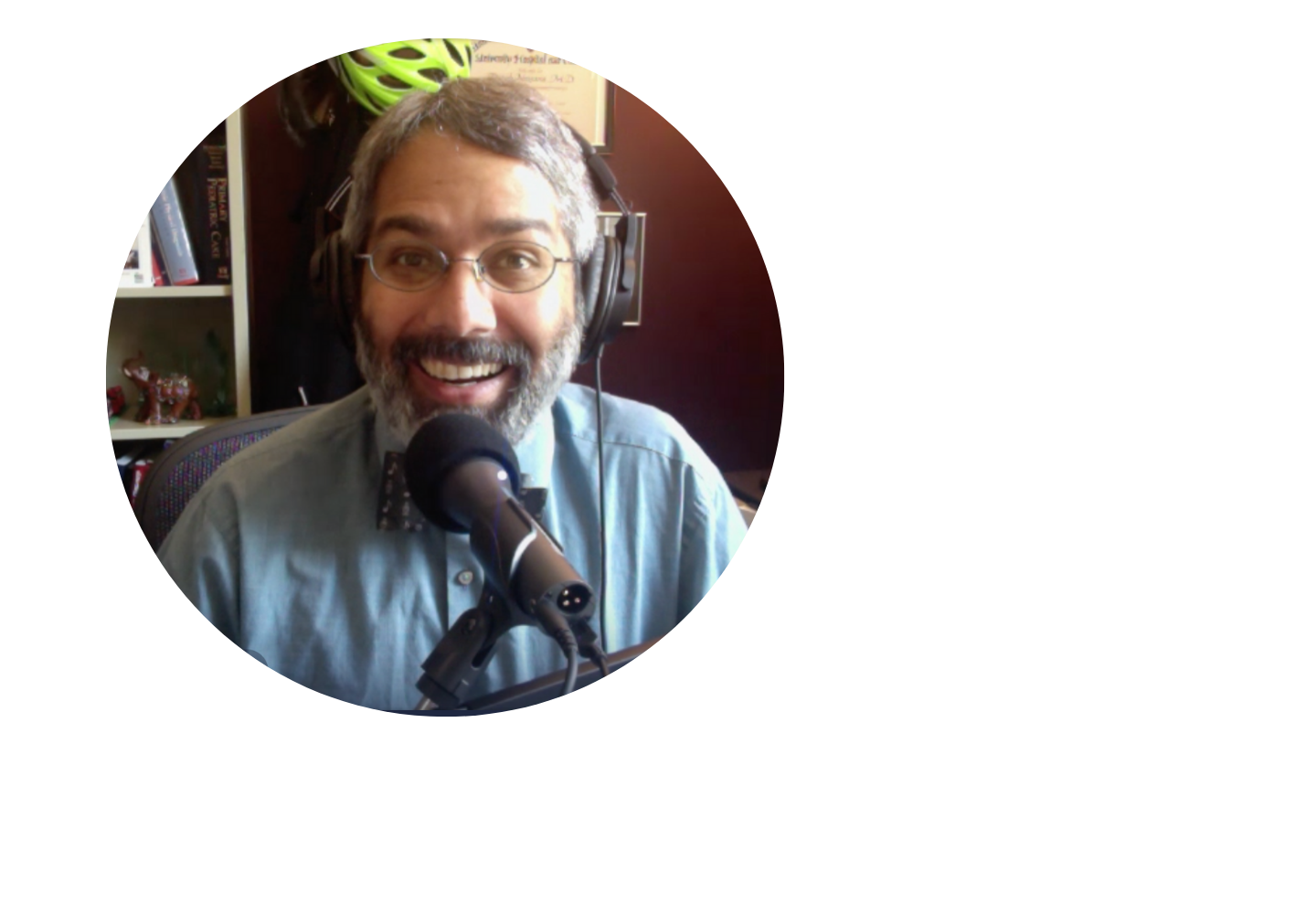 Thank you to Boise Paper for investing in our Reach Out and Read community.